One day in Damascus not long ago, I visited the understocked gift shop of the Sheraton Hotel, looking for something to read. There wasn’t much: pre-owned Grishams, a hagiography of Hafez al-Assad, an early Bill O’Reilly (go figure) and a paperback copy of “The International Jew,” published in 2000 in Beirut. “The International Jew” is a collection of columns exposing the putative role of Jews in such fields as international finance, world governance and bootlegging. “Wherever the seat of power may be, thither they swarm obsequiously,” the book states. These columns, which are based on the “Protocols of the Elders of Zion” — they are a plagiary of a forgery, in other words — were first published in Henry Ford’s Dearborn Independent more than 80 years ago.

Next to “The International Jew” was a copy of “The Bible Came From Arabia,” a piece of twaddle that suggests the Jews are not Jews and Israel isn’t Israel. And then there was a pamphlet called “Secrets of the Talmud.” Not knowing these secrets (I was raised Reform), I started reading. The Talmud apparently teaches Jews how best to demolish the world economy and gives Jews the right to take non-Jewish women as slaves and rape them.

The anti-Semitic worldview, generally speaking, is fantastically stupid. If its propagandists actually understood the chosen people, they would know, for instance, that no one, not the chief of Mossad, not even the president of Hadassah, could persuade 4,000 Jews to stay home from the World Trade Center on Sept. 11. (“And why should I listen to you?” would have been the near-universal rebuttal to the call.) Anti-Semitic conspiracy literature not only posits crude and senseless ideas, but also tends to be riddled with typos, repetitions and gross errors of grammar, and for this and other reasons I occasionally have trouble taking it seriously.

The German scholar Matthias Küntzel tells us this is a mistake. He takes anti-Semitism, and in particular its most potent current strain, Muslim anti-Semitism, very seriously indeed. His bracing, even startling, book, “Jihad and Jew-Hatred” (translated by Colin Meade), reminds us that it is perilous to ignore idiotic ideas if these idiotic ideas are broadly, and fervently, believed. And across the Muslim world, the very worst ideas about Jews — intricate, outlandish conspiracy theories about their malevolent and absolute power over world affairs — have become scandalously ubiquitous. Hezbollah and Hamas, to name two prominent examples, understand the world largely through the prism of Jewish power. Hezbollah officials employ language that shamelessly echoes Nazi propaganda, describing Jews as parasites and tumors and prescribing the murder of Jews as a kind of chemotherapy. 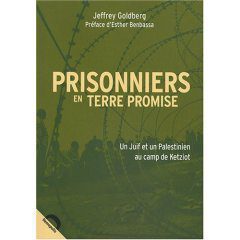