A Tale of Two Holocausts

Norman G. Finkelstein first gained a national reputation with his essay, ”Daniel Jonah Goldhagen’s ‘Crazy’ Thesis,” included in the book he wrote with Ruth Bettina Birn, ”A Nation on Trial.” Much of the essay was a brilliant dissection of Goldhagen’s book, ”Hitler’s Willing Executioners.” Its last section, however, revealed Finkelstein undergoing a bizarre metamorphosis, in which he employed the same dubious rhetoric and faulty logic he had identified in Goldhagen’s work in order to propound his own, even ”crazier,” thesis on the dark forces lurking, to his mind, behind his adversary’s success.

Now Finkelstein is back, with a vengeance, a lone ranger with a holy mission — to unmask an evil Judeo-Zionist conspiracy. The main argument in ”The Holocaust Industry” is based on a simple distinction between two phenomena: the Nazi Holocaust and ”The Holocaust,” which he defines as ”an ideological representation of the Nazi holocaust.” The author has little interest in the former, though he readily acknowledges that it happened, since both his parents survived its horrors and since some of the few historians he respects, notably Raul Hilberg, have written on it.

But in one of those strange inversions that characterize his book, Finkelstein speaks of the historical event with the same kind of awe, and demands the same sort of silent incomprehension, that he ascribes to his main foe, Elie Wiesel. In order ”to truly learn from the Nazi holocaust,” he asserts, ”its physical dimension must be reduced and its moral dimension expanded.” Whatever that might mean, it comes as no surprise that his views about the origins, nature and implications of the genocide of the Jews are but a series of vague, undocumented and contradictory assertions. Thus, for instance, in one place he writes that the ”historical evidence for a murderous gentile impulse is nil,” and rejects the notion that there might have been an ”abandonment of the Jews” by the United States government. But in another place he charges that the United States Holocaust Memorial Museum ”mutes the Christian background to European anti-Semitism” and ”downplays the discriminatory U.S. immigration quotas before the war,” and then goes on to cite approvingly David S. Wyman’s book, ”The Abandonment of the Jews.”

But what really interests Finkelstein is ”The Holocaust.” The gist of his argument is simple: Had the Jews and the Zionists not had the Holocaust already, they would have had to invent it. Indeed, for all intents and purposes, this is precisely what they have done, in the form of ”The Holocaust,” despite the distracting fact that, once upon a time, such an event actually took place. And why was ”The Holocaust” fabricated? Because it legitimizes ”one of the world’s most formidable military powers,” Israel, allowing it to ”cast itself as a ‘victim’ state,” and because it provides ”the most successful ethnic group in the United States,” the Jews, with ”immunity to criticism,” leading to ”the moral corruptions that typically attend” such immunity.

Finkelstein views himself as innocent of any desire to exploit ”The Holocaust” for his own ends, unlike his apparently countless enemies. The fact that his sensational ”revelations” and outrageous accusations draw a great deal of public and media attention is no fault of his own. Nor is his vehement anti-Zionism and seething hatred of what he perceives as a corrupt Jewish leadership in the United States anything but a reflection of a reality that only he can perceive through the clouds of mystification and demagogy that have deceived thousands of lay persons, scholars, and intellectuals. From his Mount Sinai, everything is clear and obvious. It’s just that his voice is too faint to be heard in the valley.

The main culprit, in the world according to Finkelstein, is ”the Holocaust industry,” made up of Israeli officials and fat lawyers, Jewish agents well placed in American political circles and ruthless Zionists determined to subjugate the Palestinians. Here he combines an old-hat 1960’s view of Israel as the outpost of American imperialism with a novel variation on the anti-Semitic forgery, ”The Protocols of the Elders of Zion,” which warned of a Jewish conspiracy to take over the world. Now, however, the Jewish conspiracy is intended to ”shake down” (his favorite phrase) such innocent entities as Swiss banks, German corporations and East European owners of looted Jewish property, all in order to consolidate Jewish power and influence without giving the real survivors of the genocide anything but empty rhetoric.

Nowhere does Finkelstein mention that the main beneficiaries of compensation for forced labor will be elderly gentile men and women living their last days in poverty in Eastern Europe, or that German scholars like Ulrich Herbert, hardly an employee of ”Jewish interests,” have been at the forefront of the struggle to gain compensation from corporations that for decades refused to admit their enormous gains from slave and forced labor. From the author’s perspective, this is simply a case of organized American Jewry ”lording it over those least able to defend themselves,” such as, presumably, the Swiss banks it was ”plotting” to boycott, and ”the United States and its allies” from whom it ”finagled another $70 million.”

Thus have the great powers of the world capitulated to what The Times of London called the ”Holocash” campaign in the United States, according to Finkelstein. He reserves special contempt for the Claims Conference, an umbrella of Jewish organizations that distributes reparations funds to survivors, and quotes approvingly the right-wing Israeli Parliament member Michael Kleiner, who called the conference ”a Judenrat, carrying on the Nazis’ work in different ways.” Indeed, as Finkelstein says in another context, les extrêmes se touchent: in denouncing the ”shakedown” of German corporations, this left-wing anti-Zionist uses precisely the kind of rhetoric that Menachem Begin employed when he spoke out against taking ”blood money” during the right-wing riots against the restitution agreement with West Germany in the early 1950’s, which almost toppled the Israeli government.

There is something sad in this warping of intelligence, and in this perversion of moral indignation. There is also something indecent about it, something juvenile, self-righteous, arrogant and stupid. As was shown in Peter Novick’s far more balanced (though not entirely satisfactory) book, ”The Holocaust in American Life,” the changing perception of the Nazi genocide of the Jews has also opened the way for a variety of exploiters and small-time opportunists. Yet to make this into an international Jewish conspiracy verges on paranoia and would serve anti-Semites around the world much better than any lawyer’s exorbitant fees for ”shaking down” a German industrialist.

Finkelstein speaks of the ”Holocaust industry” as ”cloaking itself in the sanctimonious mantle of ‘needy Holocaust victims.’ ”Yet he cloaks himself in that very same mantle, while at the same time showing little sympathy for the feelings of the survivors and enormous zeal in exposing the ”reckless and ruthless abandon” of the ”Holocaust industry,” which he calls ”the main fomenter of anti-Semitism in Europe.” By its ”blackmailing of Swiss bankers and German industrialists,” as well as of ”starving Polish peasants,” the ”Holocaust industry” seeks endlessly to augment that pile of gold, or ”Holocaust booty,” on which Jewish and Zionist leaders are now allegedly sitting. ”The Holocaust,” Finkelstein concludes, is possibl
y ”the greatest robbery in the history of mankind.”

What I find so striking about ”The Holocaust Industry” is that it is almost an exact copy of the arguments it seeks to expose. It is filled with precisely the kind of shrill hyperbole that Finkelstein rightly deplores in much of the current media hype over the Holocaust; it is brimming with the same indifference to historical facts, inner contradictions, strident politics and dubious contextualizations; and it oozes with the same smug sense of moral and intellectual superiority.

This book is, in a word, an ideological fanatic’s view of other people’s opportunism, by a writer so reckless and ruthless in his attacks that he is prepared to defend his own enemies, the bastions of Western capitalism, and to warn that ”The Holocaust” will stir up an anti-Semitism whose significance he otherwise discounts. Like any conspiracy theory, it contains several grains of truth; and like any such theory, it is both irrational and insidious. Finkelstein can now be said to have founded a Holocaust industry of his own. 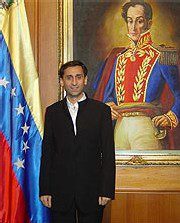 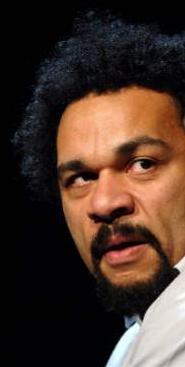 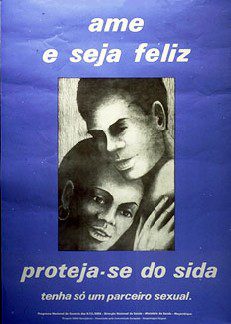 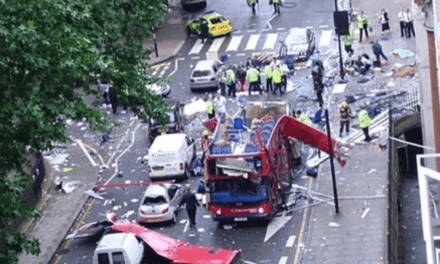 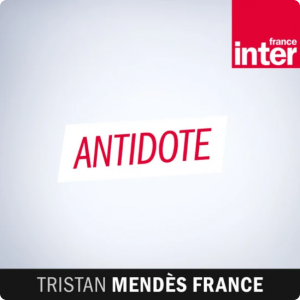